by Missiles of October 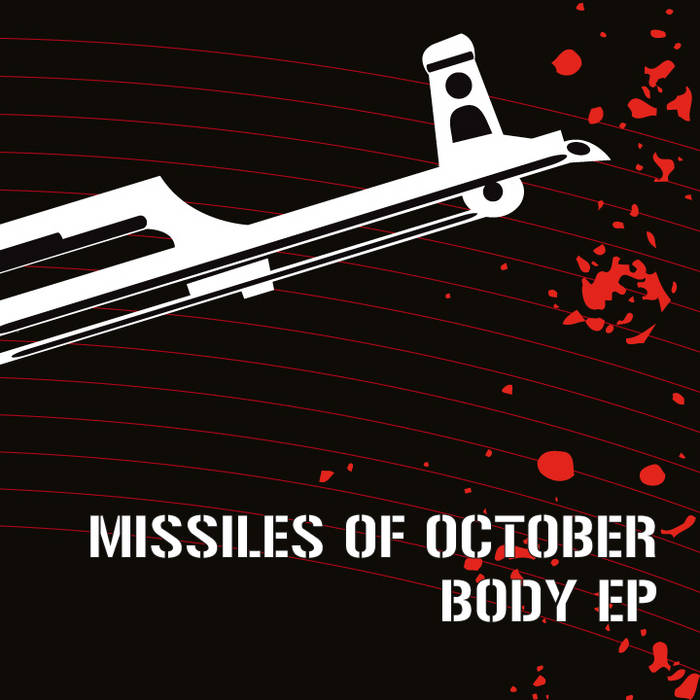 Thanks to our loves, families and friends for support,
Special thanks to Yves, Nicolas, Loïc and Sisca Locca for their precious help.
Thanks to Tim Dingleberry, Alastair At War and Bertrand Bonobo for co produce this record!

EXTRA SPECIAL Thanks to Loïc Garlic.Wav and Nicolas Ne555 for their remix and sound work!
www.facebook.com/garliclab

This is a review of another recording from Missiles Of October which continues their mixture of post hardcore, noise rock and sludge metal with one new song being on the recording and 2 re-mixes and a live track from the first extended play with this ep being called 'body" and released by Pogo Records.
A 90's style hardcore style sound starts off the ep before slowing down and adding in screams and more sludge and noise rock elements and the solos the band use this time around are in a very dark and melodic vein and they also bring in a mixture of slow and mid paced parts into the songs.
The 2 following tacks are re-mixed versions of songs that where presented on the first ep and the bass guitars have a very powerful presence on the 2 tracks as well as some ambient sounds being utilized in the background as well as traces of other electronic music styles and they close the ep with a live track.
Missiles Of October continue the sound that was present on the first ep as well as doing a few re-mixes and this is something that was released as a sample before the full length finally came out, the production sounds very professional, while the lyrics cover dark, addictions and alcohol themes.
In my opinion this is another great sounding recording from Missiles Of October and if you are a fan of sludge, post hardcore and noise rock, you should check out this ep. RECOMMENDED TRACK "Dead Body". 8 out of 10.
undergroundmusickzine.blogspot.be

Bandcamp Daily  your guide to the world of Bandcamp

Interviews With Butcher Brown and Slauson Malone, plus LP of the week by SAULT.